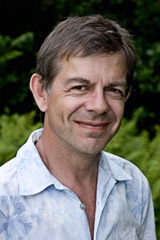 ASA Film is one of Denmark’s oldest film production companies, founded in 1936 by Lau Lauritzen. ASA Film has through times produced hundreds of films – from the experimental to various Danish success films such as “Morten Korch”-films and “Far til fire”. In 1990 film producer Henrik Møller-Sørensen took over ASA Film after the company’s studio facilities and property had been sold to the state of Denmark.  Henrik Møller-Sørensens first feature film production within ASA Film was “Great Day on the Beach” (director: Stellan Olsson) that besides achieving major success with the audience and being sold to more than 20 countries also was selected to present Danmark as “Best Foreign Language Film at the Oscar Awards”.  Since then ASA has produced numerous feature films, both artistic and of a more commercial nature. The aim was to produce high-quality films with a wide target audience and be innovative at the same time! In fact, most ASA films has been  huge successes. Therefore ASA values experienced as well as debut directors who share these aims and want to tell exciting stories too.In addition to feature films, ASA has also produced a number of animated films, short features and TV films.

Henrik Møller-Sørensen,managing director of ASA Film Production, started his film career by studing film science at the Universioty of Copenhagen (1976).Soon, however, he was fascinated with the active part of the filmindustry and stopped his university studies in order to become a production manager. The first year he was producing mostly Commercials, reaching a total of 40, shot in Denmark, Sweden and USA.In 1978 he was employed as a production assistant on a drama television series produced for Danmarks Radio/ Radio Denmark by the private company Risby Studierne. The series was directed by Bent Christensen, former managing director of the ASA Film Studios in Lyngby.

In 1990 Henrik Møller-Sørensen started as managing director of his own film company: ASA Film Production.In the first years he continued to work parttime as a freelance producer for other production companies, e.g Nordisk Film, but soon he devoted all his time to ASA FILM.