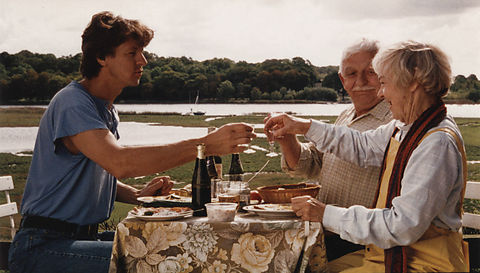 Two elderly people, Carlo and Ester, meet at a funeral and are drawn to each other.

Ester is a former greengrocer and has been a widow for years. She is competent bridge player and is constantly looking for adventure.

Carlo, on the other hand, lives a quiet life with his wife Viola. They live in a nursing home because Viola suffers from Alzheimer’s. In many ways Carlo has given up on life and resigned himself to living the rest of it at the nursing home.

But the former bricklayer and avid biker goes the whole nine yards when he meets Ester. He starts to live again, but it’s not easy for him. His loyalties are torn between Viola and Ester, and for a while he struggles against the extreme attraction of his love for Ester and life. 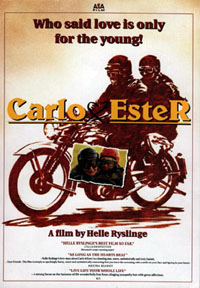 Things are easier for Ester. She has neither a sick nor a healthy husband; she is very vivacious and
embraces this opportunity as a matter of course. Her personal problems are mainly caused by Carlo’s difficult son, drunken daughter-in-law, nosey neighbors, her own officious daughter – the girl-scout leader Ella – her friend Kamma, not to mention the small-town gossip to which she subject.

Director Helle Ryslinge comments, ‘I felt like making a movie with elderly people because I believe that strong emotions, e.g. falling in love, jealousy and excitement, never pass. It will never change unless an accident happens and we don’t live life to the fullest, but Ester does, and so does Carlo once he decides to allow himself to do so.’