The house is set on the other end and in the middle of it all is the family even has to improvise a trip to Funen, to help Peter’s foster father, Skipper. His school ship Valborg, which over time has given many orphaned a good start in life, is about to fall apart and can only be rescued if Skipper wins first prize in the annual regatta of old wooden ships in the Funen Archipelago.

The timetable is tight if both the wedding and the first prize is to be reached. But Per persuades the family to put out to sea and try to rescue Peter’s childhood home. Rival ship Medusa is however using cowardly tricks. It evolves into a thrilling battle at sea.

The big question is whether it will succeed the family both to save the school ship and make the wedding of Søs and Peter. In such situations it is good to have a Lille Per in the family. 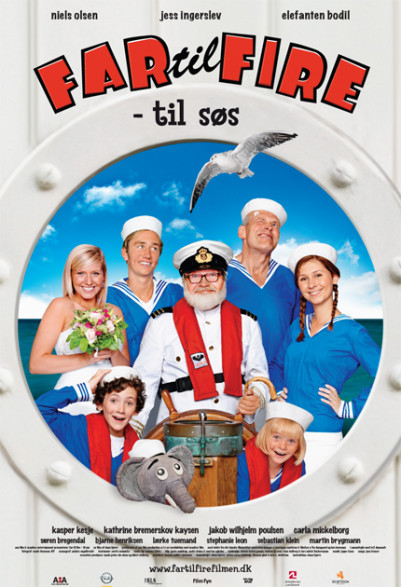