The Father of Four family gets new Japanese neighbors and helps the Tanaka family get settled into their new country, Denmark. Through funny, embarrassing and crazy situations, a friendship spanning two cultures flourishes, and Per and Shin, who are the same age, become best friends. The Japanese family has learned Danish in a short time in order to get settled in. According the Japanese customs, you must feel at home in a new place after a month. Otherwise, you must go home to where you came from. Per helps Shin at school. But the class Viking play and the troublemaker Mark causes problems for den Japanese boy. Per and Shin try to conceal the problems from the Japanese parents so they think that everything is as it should be. However, when Mr. Tanaka discovers that Shin is having problems at school after all, he decides that the Japanese family should go back home to Japan. Only when Per and Shin perform an act of true heroism on a school outing to the zoo does everything seem to have a happy ending. Thanks to Father of Four. 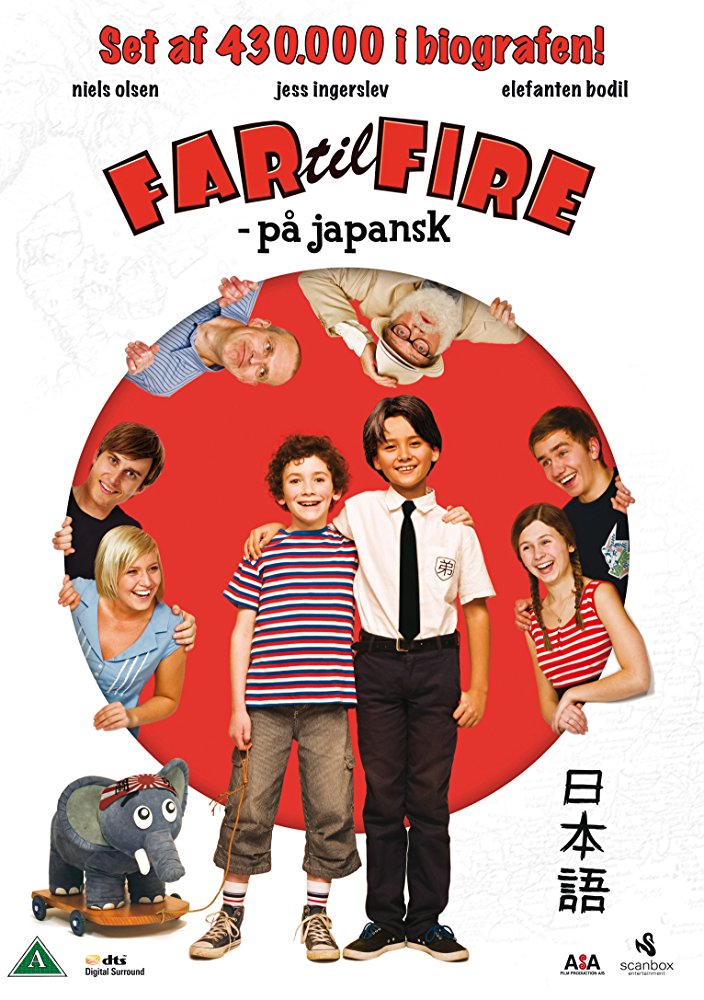