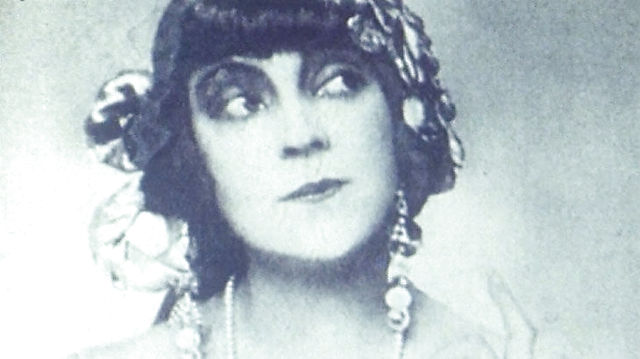 ‘Die Asta’ is a high-profile and high-concept production which strive to mix different genres: namely a biographical documentary and a fictional closet play. The film portrays one of the greatest stars in film history and is also a story about the need to own one another.

The story is loosely based on a meeting in 1965 between the aged but still famous silent film star Asta Nielsen and a young journalist. His purpose for the meeting is to portray her life in a film, but he comes too close to the truth. Asta Nielsen fires him and makes the film herself.

The meeting takes place around the time when Asta Nielsen’s daughter committed suicide.

The story
Asta Nielsen receives the young journalist in her home. She seems surprisingly willing to talk about
and take part in the journalist’s portrayal of her life. 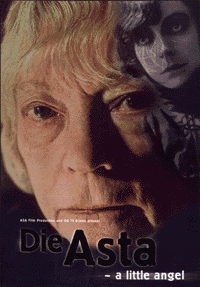 Jesta is shocked by her mother’s behavior and meets with the journalist to talk openly for the first and last time about her life in the shadow of “Die Asta”. It’s an evil story about how she was given the role of the ugly failure in order to make her mother look more glamorous. After having divulged everything to the journalist, she takes her own life. The young journalist realizes that one can’t disclose other people’s secret without consequence.

The author
Peter Asmussen was born in 1957 in Copenhagen. He has written plays for among others The Royal Danish Theater . Peter Asmussen has also written radio plays, television films and books. He has also been one of the co-writers of “Breaking the Waves”. Last year he received a grant from the Danish Fund for the Endowment of the Arts.

The director
Torben Skjodt Jensen was born in 1958. In the 1980’s and 1990’s, Torben Skjodt Jensen had a great impact on the Danish video scene by directing and producing various short films and documentaries, e.g. ‘The Flâneur Trilogy’, which was selected for the film festival in Berlin in 1993. ‘It’s a Blue World’ won first prize in San Sebastian in 1991, and the critically acclaimed ‘Carl Th. Dreyer – My Métier’ won a Bodil in 1996.
Torben Skjodt Jensen’s first film ‘The Man who Would Live Forever’ was chosen by Variety for the Critics’ Choice: Europe Now in 1999.

The project was developed by ASA Film Production A/S and was produced by Radio Denmark, 2003.