Everyone is scared of something. Father just as well. He suffers from a terrible fear of heights.

And to not decline his new job at the 27th floor, which would save the family from moving across the country, the kids and Uncle decides to go to Norway to have his phobia cured. Then it turns out that fathers fear og heights isn’t the only struggle they have to face.

Martin Miehe-Renard is directing. Lars Mering and Claudia Boderke has written the script. Father and Uncle Anders is played by two of Denmarks most popular and beloved actors – Martin Brygmann and Thomas Bo Larsen.

The child actors are new as well – but there may be many who can nod at their names in recognition. 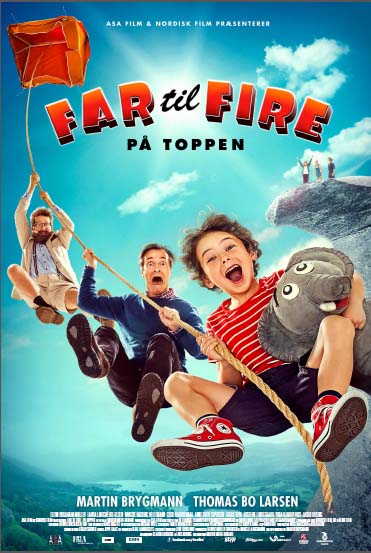